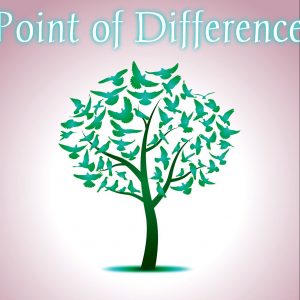 When asked, “What makes your white dove release business different to the others?” I’m often lost

for words. This could be due to my newness to the industry or how the question is posed.

It’s not until I have begun building relationships with other dove release businesses, and having

conversations with the owners, of their failures and successes. That I have begun to realise and

appreciate my position in this industry. As this service industry is a small boutique market, one

needs to delve into it to learn what makes them unique.

The six points of difference that I’ve written about are –

The first focus is on the stock. I know that sounds like a boring subject, but this is not

inanimate material that sits on shelves or website shopping windows. That can be left unattended

for months and years.  Our stock is living, breathing, performing.  Some Dove Release businesses

handle easily, and have enough stamina to fly short distances that are easily drivable for the dove

program. When trained for it these birds are capable of, covering much greater distances, and have

the speed and strength to outfly and out manoeuvre attacks from falcons, hawks and other raptors.

This means more of our birds make it home safely.

Ceremony.  A Dove poem reading is suggested to clients to inform guests of the reason, symbolism

and relevance the doves have to the occasion or event. Some Dove Release businesses will insist on

the releaser using their standard poem and being the speaker. This is professional, but some clients

desire to have a degree of choice in this matter. We are flexible and creative with the reading, we

encourage people to make it personal and offer help with the creative writing, by offering an E-

Book of relevant poems to help them on their way in expressing their sentiments.

The third focus is on Music for the White Dove Release. I’m not aware of any dove releasers in

Australia incorporating music into the White Dove Release Ceremony.  We suggest choosing a

soundtrack to compliment the occasion, as it makes the release a little bit more grandeur. I will give

a couple of stories to bear witness to the impact that adding music to a White Dove Release has.

on the college oval (sports field). We display 2 white release doves in an ornamental cage, with 10

white release doves in a release display case, decorated with the school colours. A PA system is set

up for the pastoral leader to share the symbolic dove and college release reading, with their own

selected soundtrack of Que Sera by Justice Crew cued on the mobile speaker. The school captains

hold a white release dove each as the poem is read out to the students, with a third student

available to release the flock of 10 birds. When all goes according to plan, at the end of the speech,

the music begins and the school captains release their birds, these 2 doves act as the leaders circling

quickly, then the flock of 10 birds are released, the flock begin rising up as a group and collect the

leaders in the air, the students and families are surprised, awed and amazed at the event taking

the students at the college and into their bright unknown futures.

The second story I’ll share, though there are many more. is a grown son mourning his late Mother.

away. Holding his white release dove as his mother was driven by in the hearse he and his Aunty

released their doves, while Celine Dion sang “Fly” on the PA speaker. We all stood there on the

sang her song for us. This experience brings peace and healing, which leads the mourner onwards

with hope for the future.

the event. Clients, families, official persons and our business can provide, soundtracks, mobile

devices and or speakers to air the music at an event.

The fourth focus is décor for the ornamental white dove display. This part of the service varies

greatly amongst the service providers in the industry. Varying from no decorating, to the

decorations taking centre stage for visual attention, and the amount of space it takes up. We

observe the local culture and the fashion trend at the time. Our styling leans more towards

conservative, and through our consultation process we offer to match your colour theme.

The fifth focus is Fun for a celebratory White Dove Release.  We can provide a small battery

powered bubble machine. Bubbles are fun for children and keeps them entertained. Bubbles have

the power to make grown adults smile if they are not already at a happy event. The bubbles give a

lightness and magical look and feel to a wedding ceremony as the bride walks down the aisle.

The sixth focus is ambitious creativity in the delivery of our White Dove Release.  We

Released through a Rainbow Tea to Remember SANDS fundraiser – Maleny